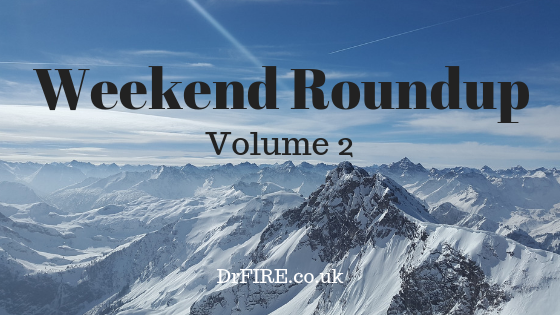 A few articles that I’ve found interesting over the last week:

Millennials  have more debt and so are spending less money than their predecessors ten years ago. Surprise surprise!

Can’t say I find this too surprising. Santander have great incentives for students to join (free student rail card and a decent overdraft), and seem to have a branch on every campus that I’ve been to, so it’s easy for students to open an account in branch pretty much as soon as they start university. Presumably this pays off in the long run, as people very rarely switch their current account.

This article was the first I’d heard about these potential plans. I’m glad to read that they have been rejected; I’m generally of the opinion that inheritance is one of the biggest sources of inequality in society, and so inheritance tax should be increased rather than reduced further,

Last week there were several news stories suggesting that Lifetime ISAs had been recommended to be scrapped. This post by Young FI Guy does a good job of showing some of the more obscure rules of the LISA that mean that, despite that 25% bonus from the government, it isn’t for everyone.

This was certainly an eye opening article! Now, I don’t necessarily think that I could retire right now if I had $1 million invested, but it’s still obviously a huge amount of money and would certainly enable me (and probably most financially savvy people) to consider themselves financially independent. So to read this article and see how a couple were able to spend so much money each month was impressive.

I only discovered Millionaire Millennial a few days ago, but I’ve enjoyed reading through their blog and catching up since then. This post offers a nice summary of the different “types” of financial independence, and how ultimately anyone can pursue it.

Song of the Week

I’ve been on an Arctic Monkeys kick for the last few months. I realise that I am several years late to the party but, hey, better late than never!