A round up of interesting or cool stuff I’ve read.

Image by Kerstin Riemer from Pixabay

Regular FI blog commenter FatBritAbroad made a rare venture into blogging with a guest post on Sovereign Quest to kick it off.

I’ve always been a saver. Even as a young teenager, I used to gamify the act of saving.

I’d receive my “income” of monthly pocket money and birthday/Christmas money, which I would duly deposit into my bank account.

Of course, no kid is immune to the allure of “stuff.” In my case, videogames. However, on purchasing the latest game, I would make a commitment to myself to not buy anything else until my bank account reached a higher value than it had been prior to the latest purchase.

As a result, my “net worth” (if you can call a few hundred £ in a current account that!) steadily increased throughout my childhood.

For example, imagine an old Final Fantasy game. You traverse the world, dispatching enemies and accruing enough experience, money, and equipment to defeat the antagonist and save the world.

There typically isn’t much to do with that money, other than spend it on the latest equipment to keep your party fully outfitted and ready to crush the competition.

Is that what I did?

I’d hoard all that money “just in case,” until I reached a boss monster that I couldn’t beat with my current set-up. Then, and only then, would I allow myself to part with some of that money, enabling me to destroy the formerly imposing monster and progress onwards.

Which makes me wonder, what came first? Did my experiences with fake money in videogames inform the way I view real life money? Or vice versa?

I’m the oldest of three children.

When it came to money and stuff, we went from one extreme to another.

As described above, I was very frugal and a saver.

My middle sibling was similar, but had a lot of expensive hobbies.

And the youngest was my complete opposite in this respect, constantly wanting the latest gadget.

These differences intensified as we each approached our twenties.

I moved away from home to attend university. This meant that I had to live off of a combination of my student loan and my savings from my gap year.

Conversely, my two younger siblings chose to attend the local university, allowing them to continue living with my parents. Unsurprisingly, this meant that they had a much greater disposable income than I did during my university years. Most of which, I’m convinced, went on new TVs, consoles and cars!

Thankfully, that phase was relatively short lived. Both siblings have since managed to save enough to buy a house and move out with their respective partners. In that respect, they put me to shame. I’m still renting!

I can’t deny that a part of the reason for saving so much is the feeling of security.

Growing up, I remember a few instances of my parents getting stressed about money. For the most part, we were fairly well off; not rich, but enough for a holiday in Europe each year, two cars, etc.

However, there were a few instances where one of my parents’ would lose their job, and suddenly a sense of panic was in the air. At one point, one parent had to take a job on the other side of the country, travelling away for 10 days and returning for 3-4. As you might imagine, neither parent was a fan of this, and it caused many arguments at the time! Thankfully, the situation has since resolved and they are both working in the same city again.

I also remember coming to the end of my time abroad. I was no longer enjoying my job, and was looking to return to the UK.

The knowledge that I had enough money to fund myself for at least a year meant that I had no qualms about returning to the UK despite not having anything lined up.

The same scenario is about to occur again (don’t go into academia if you want a stable work life). My current contract is due to finish soon. Some of my colleagues are frantically searching for their next position. I’ve already made the decision to take an unpaid sabbatical (maybe up to 6 months) to retrain as a financial planner.

Would I be as easy going about this if I had no savings?

It was about four years ago that I first started investing.

I had saved a small sum from my time working abroad. Enough that I could set some aside for “emergencies” and still have some left over.

I could see that keeping it all in a savings account paying, at most, 1-2%, was no good.

At the time, I was a frequent lurker on Reddit (a website that, thanks to the recent GameStop stories, you’ve probably all heard of now. But for those unaware, it’s essentially a huge message board). Knowing that there was a subreddit for everything, I stumbled across r/UKpersonalfinance.

I credit this subreddit with first introducing me to investing, and bridging the gap from Money Saving Expert to Monevator. I subsequently found that there were bloggers that covered their journey in detail, and came across the term “FIRE.”

And of course, not long after that, I felt compelled to make my own blog. The rest, as they say, is history…

There we have it. A very rambling look through my mind and the origins of my views on money.

I’m looking forward to reading the origins of others over the coming weeks.

Interesting links that caught my eye this week:

Thanks for reading. Hope you all have a great week! 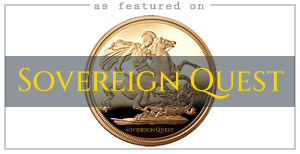 It’s funny you should say that about having an ’emergency fund’ in your video games. I used to do this all the time! I’ve since retrained myself to not care anymore as it’s obviously not real money, but it’s an interesting dynamic to have to switch your mindset from reality and splurge £2mil in one session of GTA: Online…if only haha.

I’m glad I wasn’t the only one! It doesn’t even make any sense, because it’s always so easy to make more money in those games.

Ha, I can see that going from GTA: Online, flying in helicopters and racing Ferrari’s, to real life, would be jarring. If only indeed!

Thanks for stopping by 🙂

Great post, so interesting to hear about other people’s money origins. I really liked the part about video games. I’m learning Spanish on Duolingo now and have acquired 10 000 of gems on there. Once a saver, always a saver?

Thanks for stopping by, Kat.

Good effort with Duolingo! I briefly used it a few years ago, but got out of the habit when I moved house and then never picked it back up.

It does seem as though those traits that make a saver bleed through to other aspects of life!

I use Duolingo every day and can now read simple articles and blog posts in Spanish! Definitely worth it, and yes – I think my savings habit is quite deeply ingrained.

Your origin sounds very similar to mine Dr, I also feel like most of my modern money saving habits spurred from Runescape, World of Warcraft, and Final Fantasy, there was always a sense of achievement from having a huge stack of gold, more so than getting high skill levels. I also attribute all of my knowledge from UKPF, I think almost all of my Reddit upvotes have been from comments or posts in that sub, subscribe to it, and you’re bound to become a financial expert within a year 😀

It’s funny the impact videogames can have on a young mind!

UKPF is a goldmine. You don’t even have to post there; just lurk for a few months, reading the replies and learning from the collective knowledge and experience, and you’ll end up in a far better place.

[…] ended up here because they’re wired to save, they always have, and it feels natural (e.g. Dr Fire, TI) (3, 4). Some have experienced the full-fat lifestyle and found it wanting (e.g. FatBritAbroad, […]

Just catching up on my reading – thanks for sharing your financial origins.

Like you and some others, I too hoarded my cash when I was gaming – when I played WoW I was aiming to be a gold millionaire (I don’t think I quite got there but I was close!).

Thanks for stopping by, Weenie. Funny how, for many of us, the habits we exhibit whilst gaming also manifest themselves in real life!