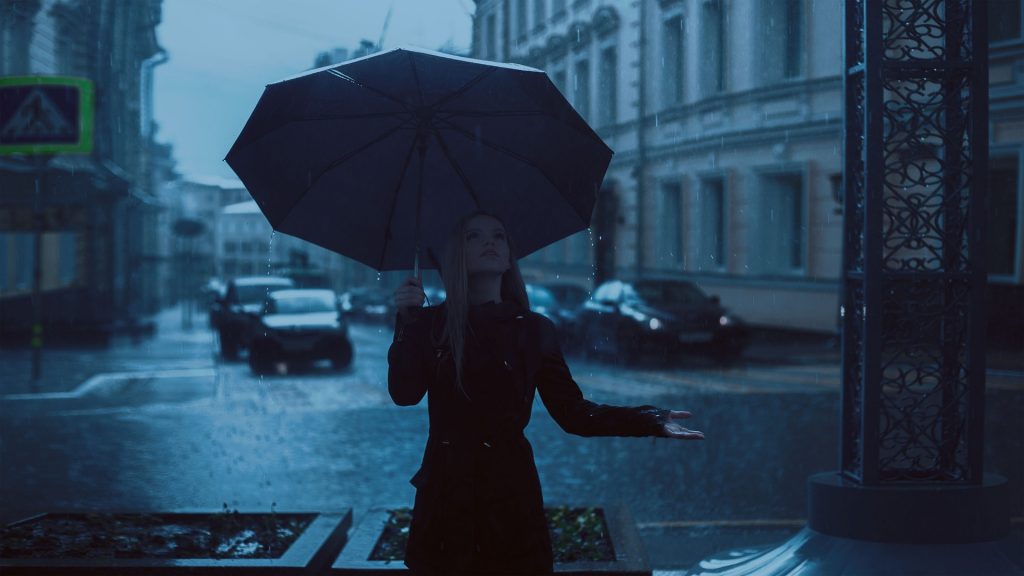 That’s it. Summer is officially over. The sun had a final gasp during the middle of the month, but I feel like it’s been raining ever since. Thankfully it doesn’t feel too cold just yet, but my umbrella is getting a good workout all the sudden, after sitting unused for months. This was not an ideal time to realise that my shoes are no longer waterproof. At all. Something to remedy the next time it stops raining long enough for me to run into town and replace them!

Any links marked by an asterisk, *, are affiliate links. See the disclaimer for more info.

Both Ms FIRE and I had work conferences for a week each, which meant we didn’t have much time for anything else. Mine was in France; it was nice to extend my summer by a few more days, even if I was stuck indoors listening to science lectures for most of it! Even worse, the one afternoon we had free, I decided to go off exploring by myself and ended up cutting my foot on some rocks near the beach, which put a dampener on my spirits! Luckily it wasn’t anything too serious and had just about healed after a week. I felt pretty foolish hobbling about for the final day of the conference though!

On the wedding front, we made some more progress, as I’ll describe below. We also got back into some Dungeons and Dragons, after a long hiatus over summer (yes, if the occasional talk of boardgames and videogames hadn’t already alerted you to the fact, my girlfriend and I are both huge nerds/geeks). We started playing online with a few friends at the beginning of the year. I’d never played before, but have always been keen to give it a try. It is pretty fun, and can best be described as an exercise in group improv and storytelling. Hopefully we’ll have more time to play it over the next few months now that the sun has disappeared for the year.

Most of this is the same as always. Misc is thanks to TopCashback. When we moved into our current flat in March, I used TopCashback to get our internet and gas/electricity. I logged in a few weeks ago and saw that the cashback had finally come through. Not bad for money that I was going to spend anyway!

Income from Matched Betting was possibly the most I’ve earned in a single month, at £318. This was entirely due to Each Way Betting. I haven’t done much actual matched betting recently as most of the bookies I was using have restricted me from their special offers! I could open more accounts (either new bookies, or old bookies in my girlfriend’s name) but I want to focus on EW betting for now. To give an idea of how much time I put into it this month, I placed about 100 bets over 11 days, and have been sticking with small stakes of £2 each way, as mentioned last month. October doesn’t have any pesky work conferences coming up, so I’m hoping I’ll be able to place even more bets than in September. If you want to give it a go, OddsMonkey* have a free sign up, where they walk you through two offers that should earn roughly £40. That should give you an idea of whether or not it’s for you, and if it’s worth signing up for more offers.

For the first (and hopefully last!) time, a single category has beaten rent. Lots of wedding spending this month; we bought our rings and I booked the ceremony. I think that’s most of the expensive stuff done now, at least until early next year when the date is much closer.

Groceries are surprisingly low this month, but I think that’s because both Ms FIRE and I were away for a week, which meant we didn’t need as much food at home.

Ms FIRE’s phone finally died (she’d been using my old phone, which was already ~4 years old when I gave it to her a few years ago!) so I bought her a new one as an early Christmas present.

Other than that, this was a pretty quiet month for spending. The only other interesting thing was that Amazon tempted me with Brave New World and The Road. At only £0.99 each for the Kindle versions, how could I refuse? We’ll just ignore the fact that I’m buying books quicker than I can read them…

My savings rate for September was 10.9%, which was a smidge better than last month, and brings down my average for the year to 21%. Ignoring the purchase of our wedding rings, this was actually a pretty good month! Income was higher than usual thanks to EW betting and TopCashback, and spending was otherwise pretty low. Hopefully I can replicate the income and expenses (minus any big wedding spending!) in one of the remaining months before the end of the year.

I calculate my savings rate from my net income. This means that I don’t factor in pension contributions (currently about 10% of my gross income) but also means I don’t factor in tax, national insurance or student loan repayments. I could factor in pension contributions, but I think that will just artificially inflate the number. In some perverse way, I like seeing the low number as it inspires me to try to push myself to save a bit more.

After bashing out loads of posts in August, September has been much quieter on the blogging front. I blame Iceborne, the latest expansion for Monster Hunter World, which has been sucking up all my time. That, and being away for an entire week in the middle of the month with crap internet. I brought my laptop along with the intention of writing something in the evenings, but it wasn’t meant to be!

My ambitions were thwarted again. As I mentioned above, I cut my foot halfway through the month, which made walking fairly painful for a week, never mind running or anything more strenuous! Thankfully, it’s pretty much healed now, so Ms FIRE and I were able to play some tennis over this past weekend. It had rained overnight, so the court was too slippery to play a proper game, but we had fun knocking it back and forth, practising serves, etc. I think it’s fair to say she is much better than I am! She’s much quicker to react and get to the ball, and has a much better serve than I do. My only saving grace is that I’m probably fitter in general, so maybe I could pull through in a long game. I’m determined to give her a run for her money, so I’ll keep on practising and trying to improve. Next on my exercise to-do list is to actually go out for a run, even if only for a few minutes!

One of my goals for the next five years was to read at least one book a month. To help keep myself accountable, I’ve decided to track my progress here in these monthly reports. I only read one book this month, Daughter of the Blood, by Anne Bishop. It was decent. Whether or not I would actually recommend it depends on how the sequel is, so I’ll be sure to report back next month. I also made some more progress on 4 hour work week, by Tim Ferris, and Berkshire Hathaway Letters to Shareholders, by Warren Buffett. The latter book sounds very dry, but it is very interesting to get some insight into Warren Buffet’s thinking over the years.

October has a few cool things coming up, but shouldn’t be too expensive. We’re going to see a gig in London one weekend, and I have a friend’s stag party on another weekend. Most of that is paid for now; I just have to book the train for both trips, and then allow for spending money. Otherwise, it’s business as usual.

That’s all for this month. I hope you had a good month, and thanks for reading!