Part 1 of my life story and financial journey to date.

I’ve been slowly adding to this blog for a few weeks, but I think it’s time that I take a minute to explain my background and my experiences so far, to put this blog and my thoughts into some context. So without further ado, here is my financial story:

I was very lucky to grow up in a pretty middle-class family in the UK. My Dad worked full time whilst my Mum was a stay-at-home parent for most of my early childhood, and then began to work part-time once I started secondary school. In hindsight, we weren’t a rich family, but at the same time, I never felt as though I wanted for anything.

We lived in a decent sized house, spent some summer holidays in Europe, etc, all that middle-class good stuff. Through all that, they were able to instil some amount of financial sense into me. To be honest, I’m not sure how they did it, but from an early age I remember receiving pocket money and gaining great satisfaction in putting it into my bank account and watching the number grow from month to month! Of course, I would occasionally splash out on something, typically a new PlayStation game, but then I would ensure that I resumed saving my pocket money and wouldn’t spend it again until the number was higher than it was before I bought said game. 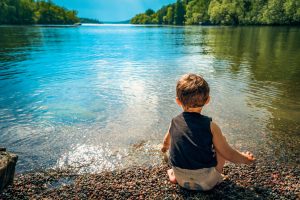 The other important thing my parents were able to do during my childhood was to get me into one of the best secondary schools in my city. I was extremely fortunate that my mum especially was willing to dedicate huge amounts of time and energy into helping me to pass the 11+ exam (not to take anything away from my dad; he was working hard, sometimes away from home for months at a time, in order to pay for all this tuition!), which is an exam that primary school students can take to get into grammar schools.

Say what you will about grammar schools; I can certainly appreciate that they are probably not necessarily any better than the surrounding comprehensive schools. You can argue that they have a tendency to hoover up all the best students, which the makes it easier for them to get those students to achieve high GCSE and A-level grades, which push them up the league tables, which gets them more money and better staff, etc. However, despite all that, I can’t deny that the school I attended and the teachers there played a large part in my work ethic and subsequent path through life. 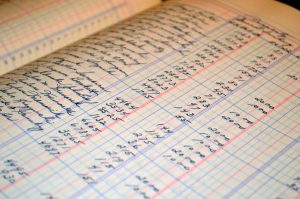 The one thing that I wasn’t really able to get during my school years was some confidence! The thought of going to university terrified me, so I decided to take a gap year after my A-levels. Thankfully I did have the sense to apply whilst I was still at school; I applied to study chemistry and was able to secure an offer to attend a decent University and, come A-level results day, found that I had achieved the required grades to attend.

I was relieved. School, exams and socialising was all quite stressful, so taking some time off felt pretty great. But, naturally, my parents weren’t about to let me bum around at home for a year! They were understandably very insistent that I had to work, and so during that year I ended up having three different jobs.

I think this gap year ended up being a pretty good decision for two reasons. Firstly, I was able to save up a few thousand pounds which was going to be a great help over the next few years. Secondly (and, I think, more importantly!) it showed me how crappy minimum wage jobs are! I worked in a call centre, then a data entry role, and finally in retail, and they all sucked. Awkward hours, boring jobs, working with sometimes very abusive members of the public. Certainly not anybody’s idea of fun. So, by the time August rolled around and my gap year was almost over, I was very ready to start university, lack of self-confidence be damned.

As a side note, this was around the time that I started tracking my spending. I remember seeing my dad writing down all of his expenditure for the week in an actual ledger. For some reason still unknown to me, I thought this was pretty cool. I started tracking my own spending in the same manner, and have been tracking it ever since. I didn’t do much with the information initially. My aim initially was simply to “spend less than £x per month,” but it was still good to get into the habit. I’ve since progressed to excel, which makes tracking everything much quicker and easier.

University was where I really learned to budget my money and not go overboard with spending. Maintenance loans were paid out once every three months, and I did not want to run out of money before the next payment arrived! Thankfully I had my savings from my gap year as a safety net and my parents were able to send up some money every few months to help with rent.

Still, by the time I graduated university with a 2:1 (for any non-UK readers, this is the second highest and most common “grade” or degree classification you can get) I had pretty much exhausted my savings and was a few hundred pounds into the overdraft on my student bank account. However, compared to some of my friends who were several thousand pounds deep and had also maxed out their credit cards, I was pretty happy with my finances!

Luckily, student loans here aren’t anywhere near as crazy as in the US. By the time I graduated, I had around £25,000 in loans. This consisted of a combination of tuition fee loans (about £3000 per year) and maintenance loans (around £3500 per year). £25K sounds like a lot of money, but because the repayment is income based it actually functions more as a graduate tax. I only have to pay 9% of whatever I earn over ~£18000 (this number rises every year with inflation), which currently works out to be £90 per month. Obviously I will pay more back if I get a raise, but the great thing is that if I ever become unemployed, I don’t have to pay anything back until I find a new job. The interest rate is also not particularly bad. At the time of posting it’s only 1.5%, rising to 1.75% on the 1st of September. Even better, whatever remains of the loan 25 years after graduation will be written off. Because of that, I don’t really consider my student loans when looking at my income and expenses and I also don’t consider them when calculating my net worth.

To be continued in part 2